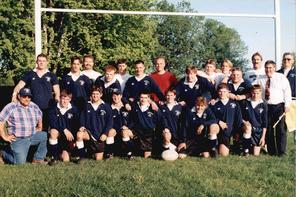 The Leprechauns were formed through the combination of two of the oldest teams in the Green Bay area.  The Bad Boys were one of three of the first teams in the NEW Conference in 1995.  Bay Port was founded in 1996.  In the pictures above from that era, you can find 2 of our current coaches.

Green Bay Leprechauns are part of the Green Bay Rugby Football Club, Inc. which is a 501c3 organization.    We play in the High School Boys Division of Wisconsin Youth Rugby.

For younger players,  consider playing in Green Bay Youth Rugby, which is a non-contact coed program for kids in 3rd - 8th grade and a middle school tackle program for boys and girls in 6th-8th grade.

RUGBY IS A LIFELONG SPORT THAT HAS A SPOT FOR EVERYONE. 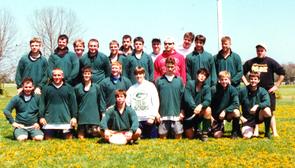 We are a boys high school club team that draws students from primarily the west side of Green Bay(Ashwaubenon, Howard Suamico, Notre Dame, GB Southwest) and Denmark High School.  But we will accept students from any area school that does not have a rugby club.

JJ Rose
25+ years of rugby experience playing for the Bad Boys and Green Bay Celtics.  He has coached HS rugby for over 20 years as well.  Formerly, JJ coached and founded the Pulaski and Ashwaubenon rugby clubs.  JJ is also is a founding coach of GB Youth Rugby.  JJ was on the first Bad Boys team in 1995.

John O'Connell
John first played rugby for the Bad Boys and then played at St Norberts in college.   He joined the coaching staff in 2018.  John is a USA Rugby level 200 certified coach.

Tony Flowers
Tony first played as a student at Bay Port and has been helping coach the Leprechauns since his graduation.

Matt Goetsch - Manager
Matt has over  30 years of rugby experience.  He played at UWM and for the Celtics.  He founded the Bay Port team in 1996.  Matt is a level 200 USA Rugby coach.  He also founded and is a Director for Green Bay Youth Rugby 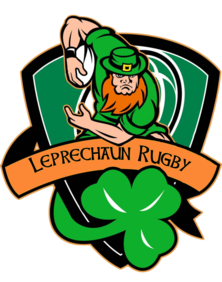